A foundation year helps you develop the study skills and self-confidence needed for higher education when you don’t reach the entry requirements for your subject.

Our Film Production course will provide you with the mix of technical, production and business skills you need to work in the creative industries.

The film industry is a vibrant and creative sector driven by the demand for prime-time drama, digital and web-based productions. It requires talented, creative people with specialist technical skills and our highly practical course is designed to give you exactly this.

During the foundation year, you'll learn about core aspects of film production and you'll gain skills to prepare you to study at degree level.

As you progress through the degree, you'll spend around 70% of the course learning the practical elements of film production with the remaining 30% of time studying theory. Throughout the course, you'll be able to develop your technical and creative skills to a professional level and use your creative flair to complete a compelling production in your final year. This important project is a great opportunity for you to showcase your talents and develop your experience to help you with seeking employment.

You can start your journey with a foundation year

Take a look at the new creative arts building

Applicants should normally have 32 UCAS Tariff points. We will also welcome applications from students with few or no formal Level 3 qualifications who wish to return to education and applicants may be asked to attend an interview.

You do not need to have significant prior knowledge of arts and humanities related subjects but should be motivated to study the subject.

The course offers you the intellectual stimulation to expand your horizons and the space to explore your own artistic and creative potential.

During the foundation year, you'll learn about some of the core aspects of film production and you'll gain skills to prepare you to study at degree level.

As you progress through the degree, you'll study modules relating to areas such as the art and craft of film editing, moving image production in a historical context and the use of sound production equipment, and you'll spend time honing your skills and carrying out filming projects.

During the course, you undertake a number of employability modules, which help to prepare you for work experience and ultimately a job in the creative industries. Many of the skills that you learn over the three years are transferable across the sector, which is a thriving part of the UK and global economy.

Your tutors are a creative mix of practitioners and theoreticians and they work alongside a technical team. The course is taught in the Powell Building, which is named after renowned British filmmaker Michael Powell and was opened by his widow Thelma Schoonmaker-Powell, who is Martin Scorsese’s film editor and an Honorary Fellow of the University.

You'll be taught through a combination of lectures, seminars, tutorials, screenings and workshops and you'll have access to specialist industry-standard software and facilities throughout your course.

Seminars in smaller groups will enable you to discuss and develop your understanding of topics covered in lectures. In addition, you will meet with your academic personal tutor.

Top 20 in the UK for student satisfaction for the quality of teaching on the course in the subject area of Film Production and Photography, The Guardian University League Tables 2021

When not attending lectures, seminars, workshops or other timetabled sessions you will continue learning through directed filmmaking activities and self-study. As a guide, you are expected to put in 150 hours of self-directed study and practical work for each 20 credit module.

Self-study typically involves looking at films, practicing with the film equipment, reading journal articles and books, undertaking research in the library, working on projects, and preparing for coursework assignments/examinations, workshops and seminars.

For the major projects in Year 3, you'll work independently and in production groups under the supervision of a member of the course team. You'll meet with your supervisor on a regular basis.

A foundation year provides an introduction to academic study and life at university, supporting every student to achieve their full potential.

You will be assessed using a range of methods, including reflective analysis, group project work, presentations, reflective journals, blogs and essays. There are no written exams.

The balance of practice to theory and/or written work depends on the module choice. Generally, practical modules are weighted 80% project and 20% written coursework. Theory modules are typically assessed on the submission of two written assignments each worth 50%.

You will receive feedback on all assessments including: practical films, critical reviews, essays, scripts, portfolios and presentations.

Film Production prepares you for employment in the film industry but the skills you develop would open up opportunities in the wider creative industries, which is one of the most rapidly growing sectors of the UK and global economy.

A crucial reason behind my choice to study this course was the amount of successful public speakers that attend our campus each year and give talks on different topics. It is a brilliant way to start building your own network and meet important people from the industry. 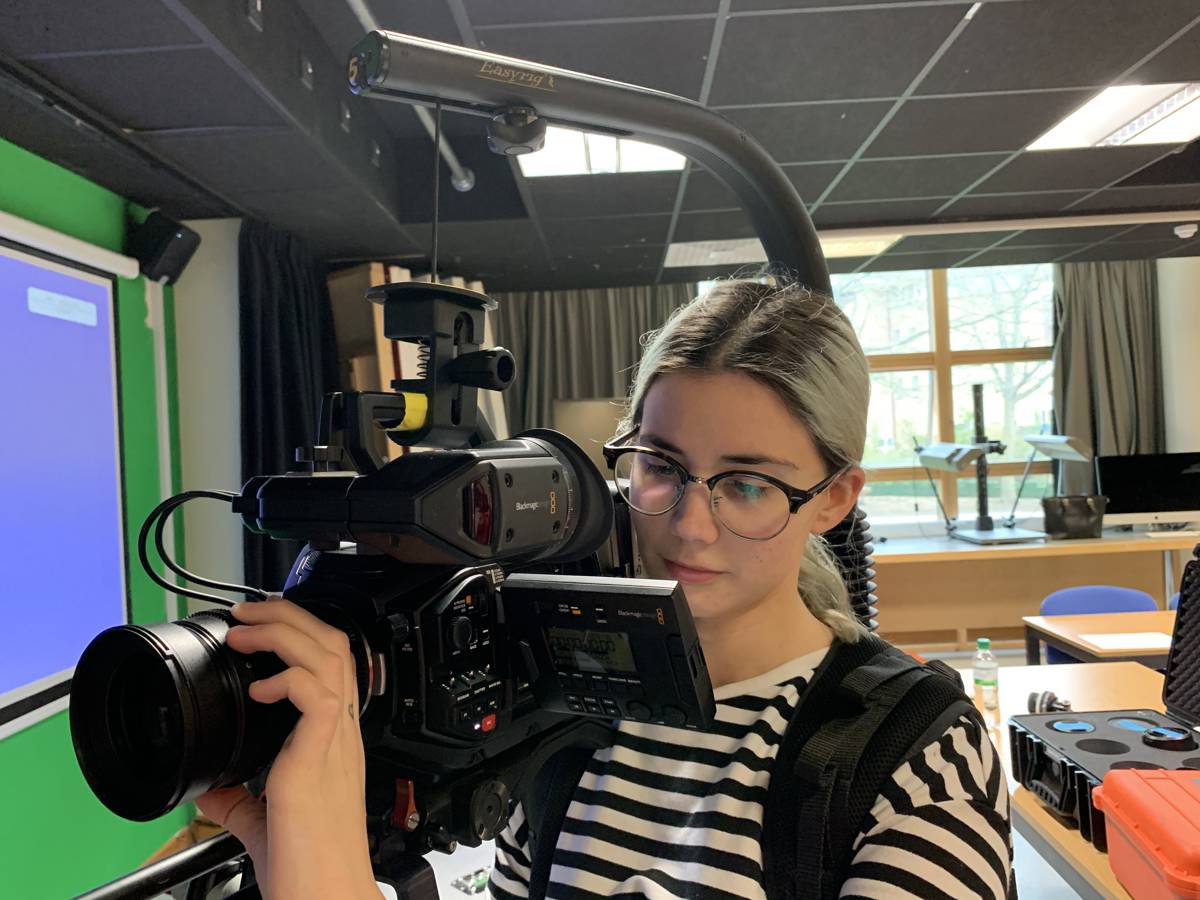 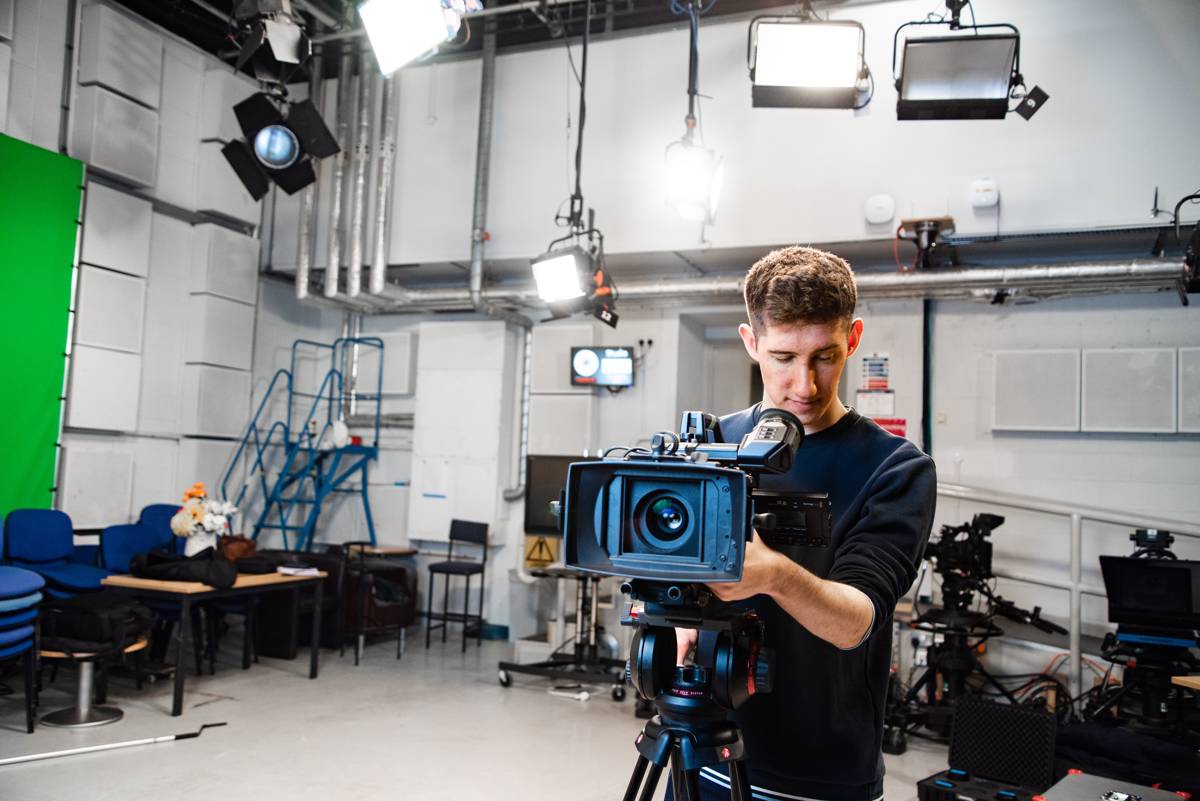 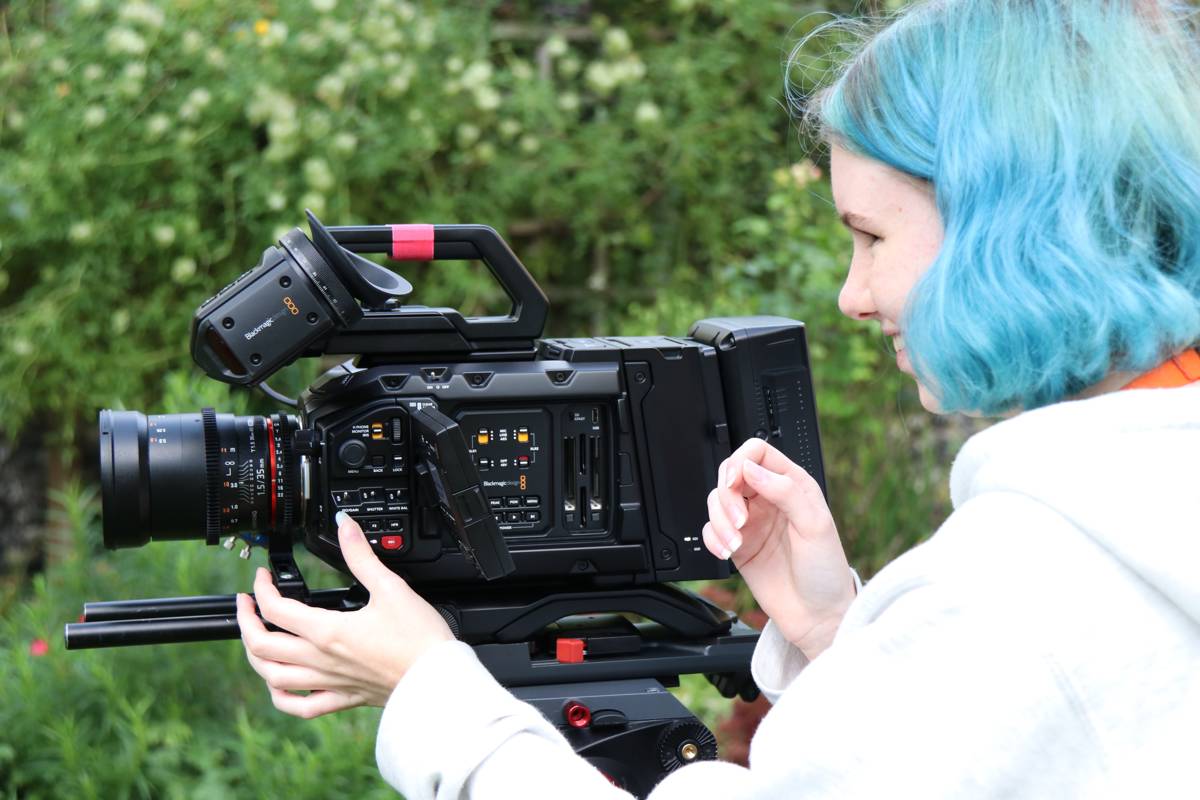 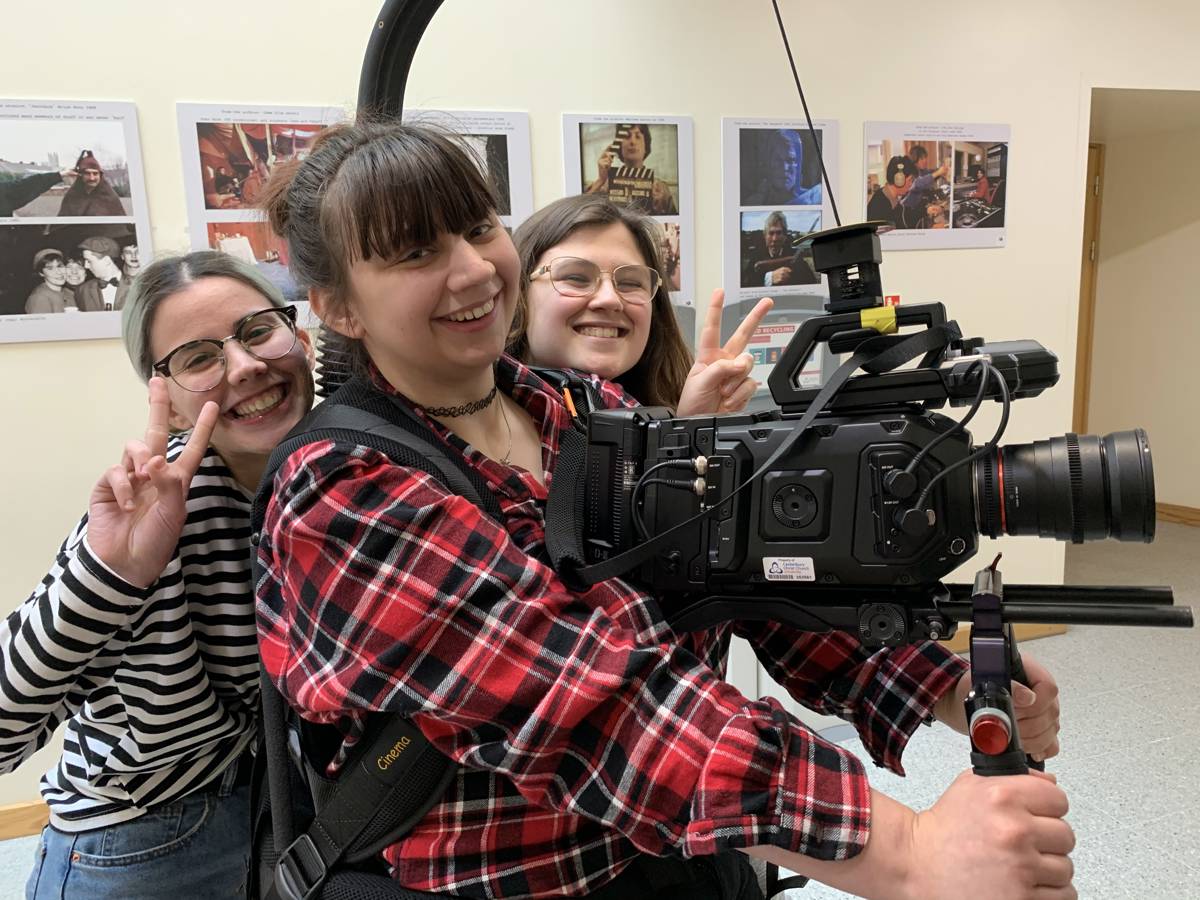 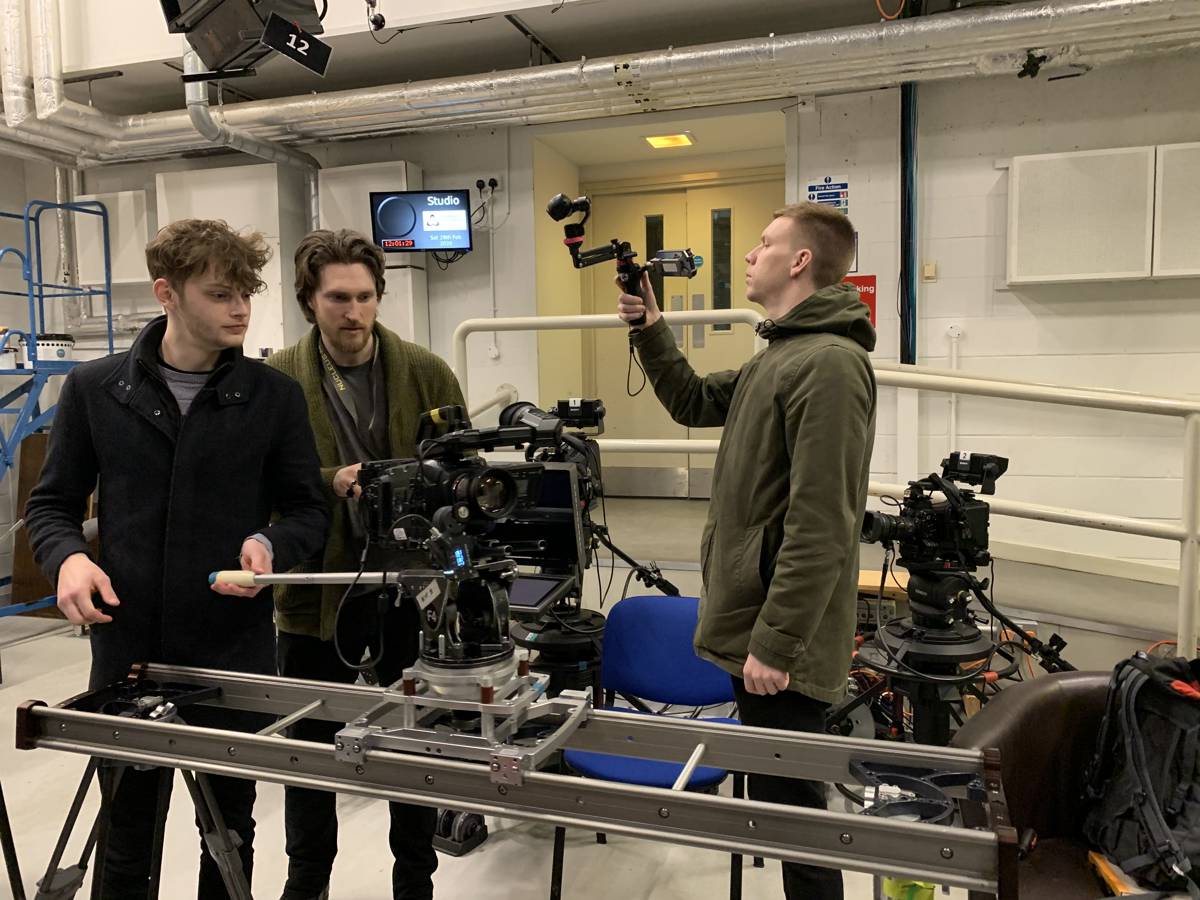 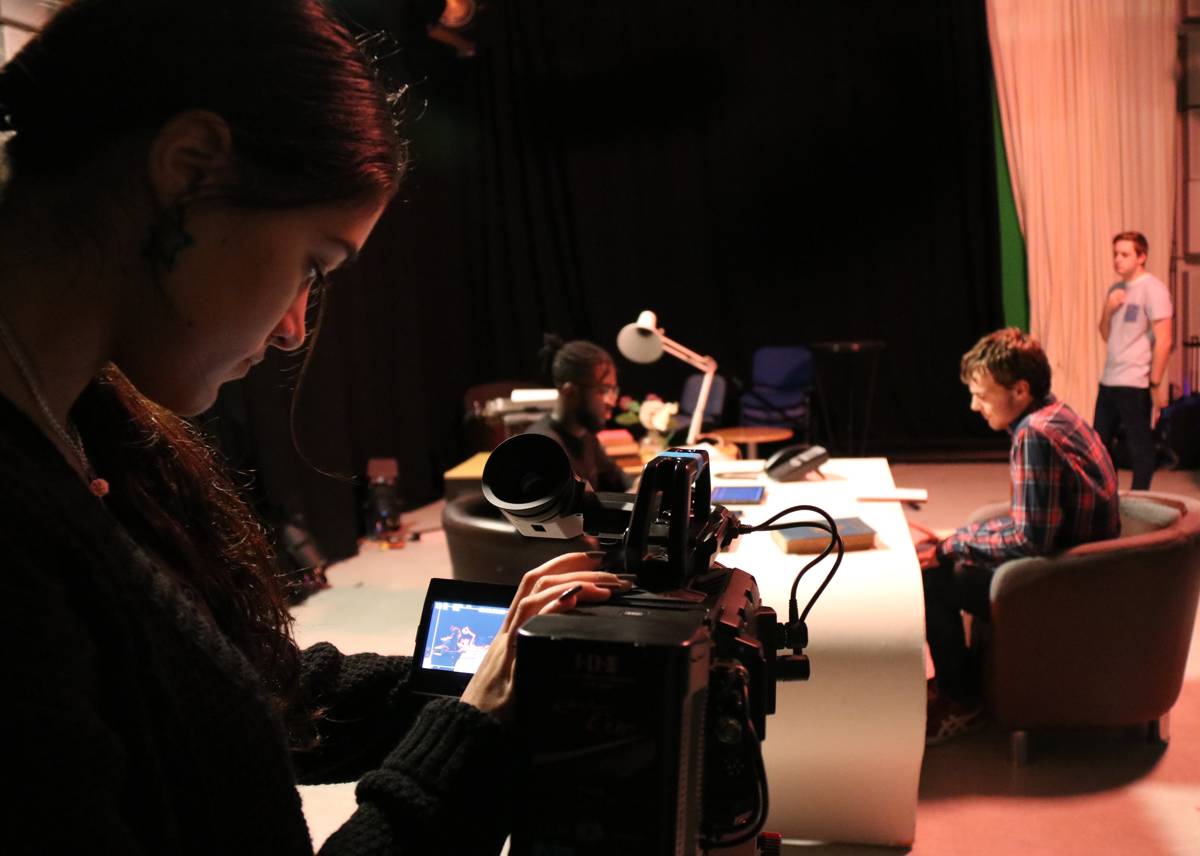 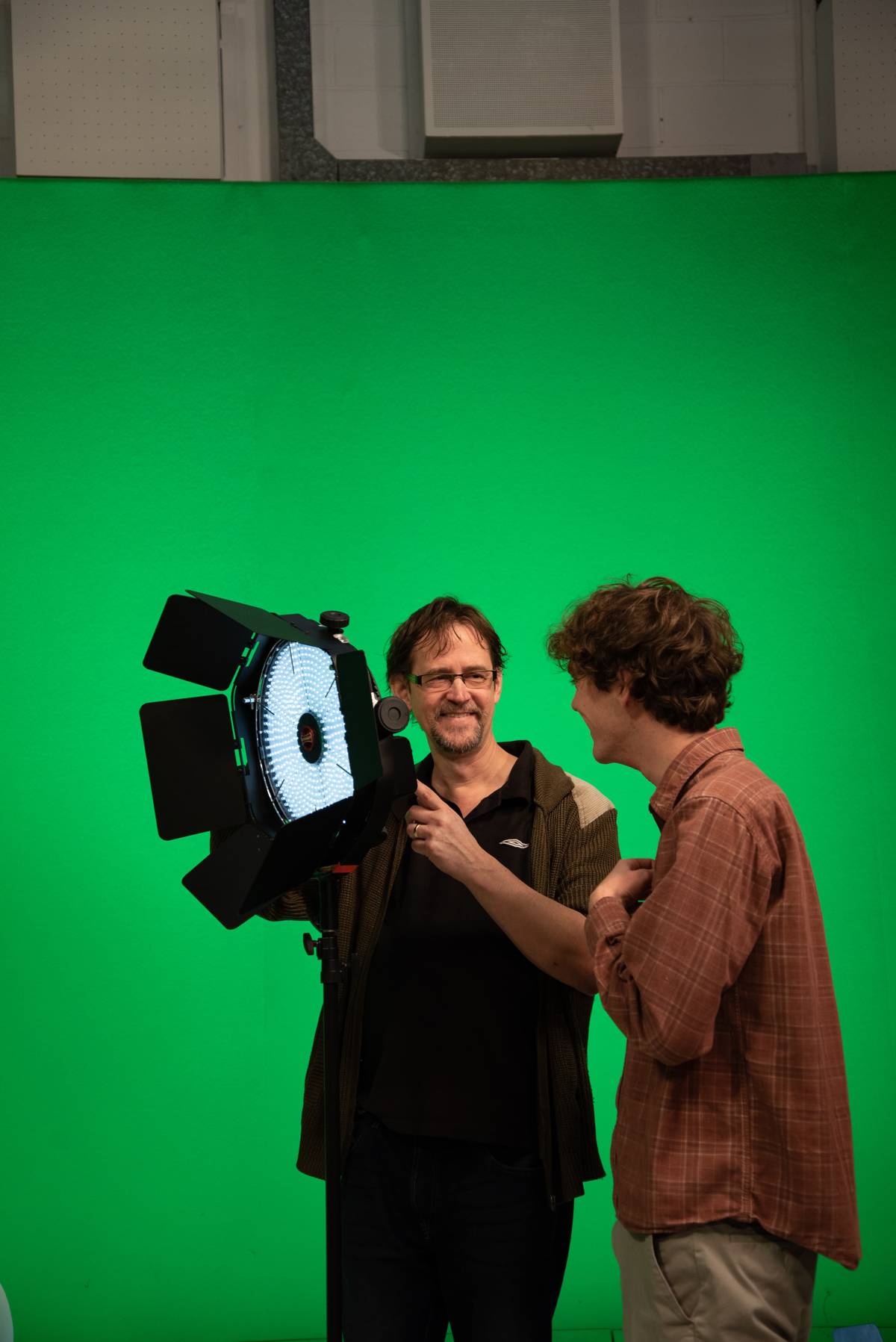 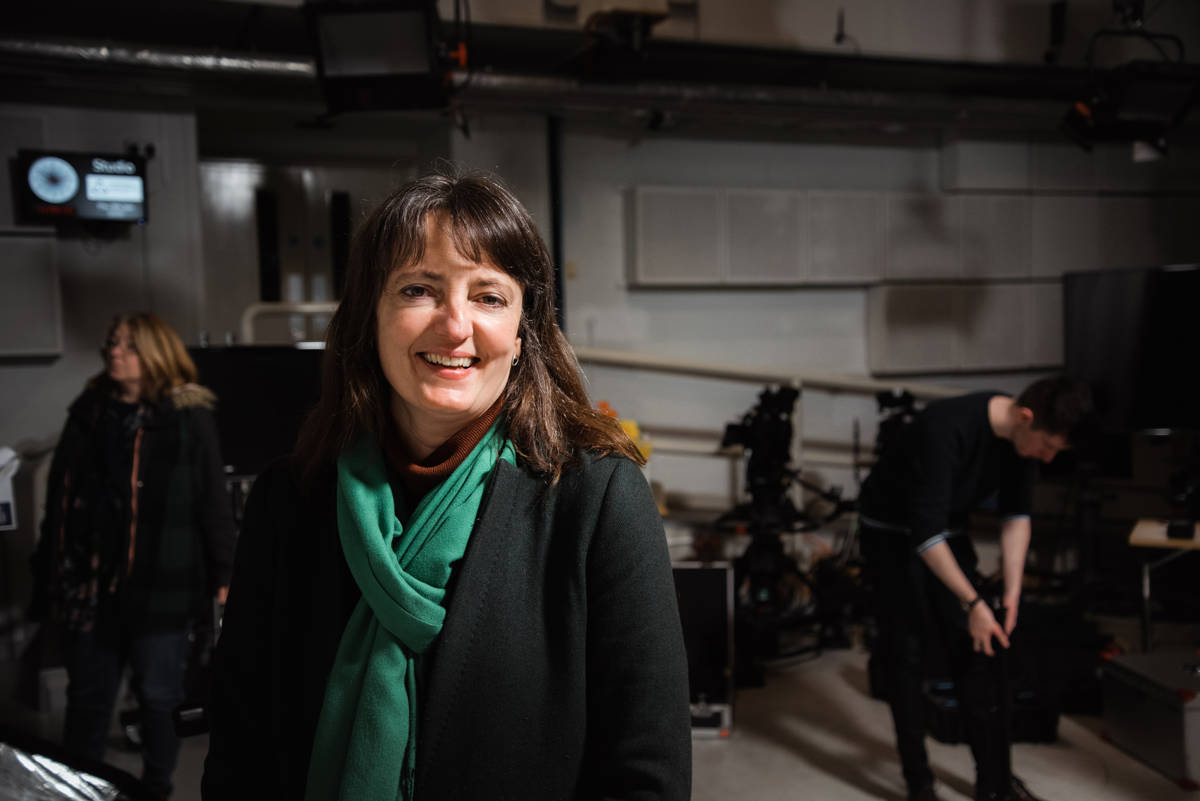 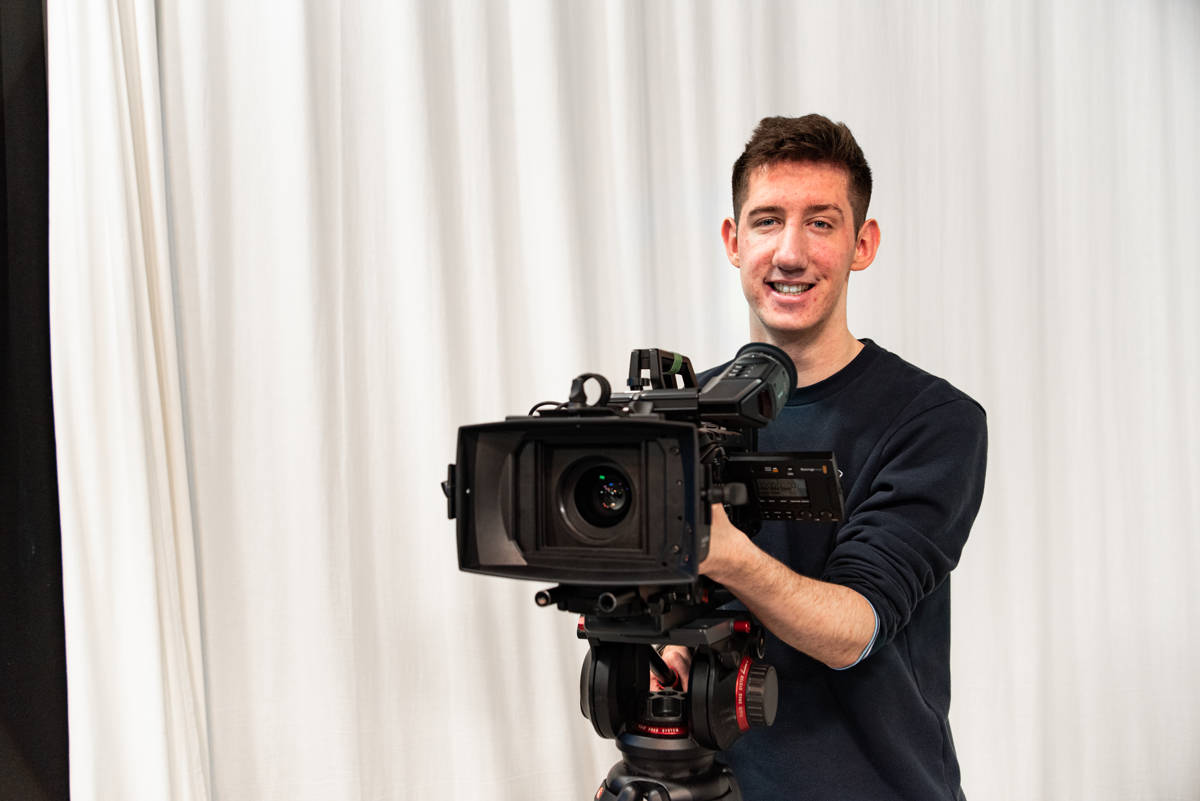 An International student Scholarship fee discount of £1,500 will be applied to all Full-time Undergraduate courses with a tuition fee of £14,500.

Further information can be found on the following weblink which will be updated for 2022/23 entrants in due course: https://www.canterbury.ac.uk/study-here/fees-and-funding/international-student-fees-and-funding