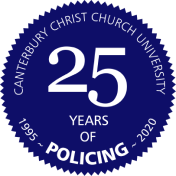 The Hydra experience allowed us to see how decisions unfold in real time. Having the opportunity to work in life-like situations improved my understanding and appreciation of the work that goes into combating terrorism.

The Hydra experience allowed us to see how decisions unfold in real time. Having the opportunity to work in life-like situations improved my understanding and appreciation of the work that goes into combating terrorism.

As the only university to offer Counter Terrorism and Transnational Crime at undergraduate level, this degree presents a unique opportunity.

You will develop a contextual and critical outlook on highly publicised cases, and you'll be introduced to the aspects the media does not talk about.

After the tragic events of 9/11 in the USA, the world entered what many see to be a new era in how we understand, perceive and react to transnational crime, including terrorism. Despite the significance of the attack on the World Trade Centre, transnational crime and terrorism are not new concepts, and are issues currently faced by many countries around the world. To understand the current strategies in tackling these phenomena, it is important to learn from history, evaluate the complexities, and take a holistic but critical view of politics, policies, international treaties, and policing powers.

Through varied modules, this degree will equip you with the practical and theoretical knowledge you need to help address what works in tackling transnational crime.

With increasing awareness of terrorist-related incidents happening across the globe, there has never been a more important time for the criminal justice sector to recruit well qualified, specialist professionals to help overcome the challenges facing society.

This dedicated course gives you a unique opportunity to study Counter Terrorism and Transnational Crime at degree level, helping you to gain specific skills, knowledge and insights needed to enter a career in this challenging field.

Find out more about the Verena Holmes Building, an inspirational learning environment, with industry-standard, hi-tech facilities on every floor.

Six questions for the Policing team

During the course you'll gain a solid grounding in terrorism, counter terrorism and transnational crime.

You'll study a broad range of specialist modules to develop your knowledge and understanding of terrorism, political violence, counter terrorism and transnational crime. This will involve studying modules in:

You'll also choose from optional modules related to policing, criminology and forensic investigation to deepen your understanding of the multidisciplinary aspects of counter terrorism and transnational crime. Optional modules could include:

In your final year, you'll conduct independent research leading to your final 8,000 word dissertation. For this module you'll choose a specific aspect of counter terrorism or transnational crime to study in depth with the support of an academic supervisor.

The academic year is divided into two semesters and typically you will undertake three 20 credit modules in each semester, with the exception of Year 3 where you'll complete a 40 credit dissertation over two semesters.

You will be taught through a combination of lectures, seminars and practical workshops. You will typically have around 14 contact hours per week. However, your actual contact hours depend on the option modules you select.

Seminars in smaller groups will enable you to discuss and develop your understanding of topics covered in lectures. In addition, you will meet with your personal academic tutor (PAT), who will be able to assist you with any queries or problems that you may have. They will also be able to signpost you to any of the University services should you need them.

When not attending lectures, seminars, workshops or other timetabled sessions you will continue learning through self-study. Typically, this involves reading journal articles and books, undertaking research in the library, working on projects, and preparing for coursework assignments/examinations, workshops and seminars.

Your module tutors will direct you towards specific readings and/or activities to complete before class.

For each 20 credit module, your study time is a minimum of 10 hours per week. This includes contact time (typically around 4 hours per module) and independent study. In addition, there will be field trips and other structured activities you will be able to undertake. You will also be encouraged to undertake community volunteering.

The teaching team consists of highly qualified academics. They have a range of expertise and experience in criminology, policing and other related fields.

All our team members hold doctoral and teaching qualifications. They are research-active and have experience in delivering research-informed teaching. You can find out more about the current teaching on our Meet the Team web page. You should note that members of the teaching team might change.

Postgraduate students sometimes assist in teaching and assessing some modules. However, experienced academics teach the vast majority of lectures and seminars. We also invite expert speakers from to provide you with insights from criminal justice professions.

Our programme is delivered by practitioners and researchers who have worked in the field. This allows them to provide knowledge of careers in the police, National Crime Agency, Intelligence Agencies, The UK Border Force, Private Businesses, Global Risk Analysis Companies to name a few.

The course provides you with opportunities to test your understanding of the subject informally before you complete the formal assessments that count towards your final mark. Some modules contain a piece of practice or 'formative' assessment for which you can receive feedback from your module tutor. Practice assessments are developmental and any grades you receive for them do not count towards your module mark. You will also be able to gain formative feedback through discussions with a module leader or a personal academic tutor. You will be able to access centrally-run services (e.g. Study Skills Support) for more help with assessments.

There is a formal or 'summative' assessment for all of the modules. Assessment methods include written examinations and a range of coursework assessments such as essays, reports, portfolios, performance, presentations and your final year major project. The grades from formal assessments count towards your module mark.

You will receive feedback on all practice and all formal coursework assessments. Feedback on examination performance is available upon request from the module leader. Feedback is intended to help you learn and you are encouraged to discuss it with your module tutor.

The way you are assessed depends on the modules that you choose to take.

On completion of your degree, there are a range of routes open to you. In 2018, the British Government announced that counter terrorism police funding was to increase by around £50 million to £757 million, a rise of 7%. This is in recognition of the changing threat from terrorism and to ensure counter terrorism policing has the resources needed to respond and keep the public safe. You could decide to apply to join the police, as a graduate, as there is a pathway that allows those with a degree to enter the profession and undertake a further postgraduate qualification within the first two years to be accredited. Entry via a ‘normal’ route would mean that there would be no compulsion for you to specialise in counter terrorism related work unless and until you wanted to. In addition, there are currently other exciting opportunities that focus on building bridges and investigating risk within the community roles within the police.

You could also apply to become a Direct Entry Detective within the Metropolitan Police Service, where successful candidates are developed to detective status within 2 years, while other police forces around the country are providing fast track routes to detective that involve one year as a uniformed constable, followed by two years developing to be a detective. We have successful alumni who are now entering the second year of the fast track scheme. A range of other agencies such as the National Crime Agency, Intelligence Agencies, The UK Border Force, Private Businesses, Global Risk Analysis Companies, Her Majesty's Armed Forces, Her Majesty’s Inspectorate of Constabulary, Fire and Rescue Services, and the security services have their own approaches to Counter Terrorism and Transnational Crime.

In addition, there are a number charitable and voluntary organisations working with the criminal justice sector and vulnerable groups, such as Victim Support, Mind, Shelter, Nacro, Prince’s Trust, Porchlight, Barnardo’s etc, offering suitable job opportunities. It is important to note that the knowledge and skills that you gain from doing a Counter terrorism and Transnational Crime degree are transferable to other careers and therefore you could embark on a wide range of career pathways, and should not feel tied to the professions listed above.

Many of our students also choose to continue their education by undertaking research degrees with us or at other institutions before embarking on a career.

The Hydra Experience and the way we could see in real-time how decisions unfold were my favourite parts of the module. They really engaged you in the topic and working in life-like situations improved my understanding and appreciation of the work that goes into combating terrorism.

Our School has invested significantly in a Hydra suite that will allow our students to simulate crime scenarios under ‘close-to-real’ conditions You will have the opportunity to use the Hydra facility during some modules (e.g. decision making) to allow you to directly experience highly realistic incidents, situations and scenarios as part of your integrated learning.. You will also be able to gain some applied knowledge of criminal justice processes through our ‘courtroom’ which is a lecture theatre which simulates a courtroom and which used to be a courtroom in the past.

As part of our continued commitment to further develop your skills and enable high quality learning, we are opening more specialist facilities, including police interview rooms or custody cells.

To help your understanding the course will include a number of Guest Lectures, workshops and seminars: These will be delivered by people who are currently working in criminal justice areas or organisations. This allows you to have direct contact with professionals working in the field allowing you to gain insights into specific areas of the Criminal Justice system from people either currently practice or are undertaking research in this area. These guest sessions also provide an excellent opportunity to network with relevant professionals and potentially opens up opportunities for work experience or employment. We also invite individuals who have an experience that allows you to gain an insight into a specific aspect of crime, such as victims of crime, where appropriate and possible.

We organise career events specifically tailored for our students. We bring in employers from a variety of backgrounds, some of whom are our own CCCU graduates.