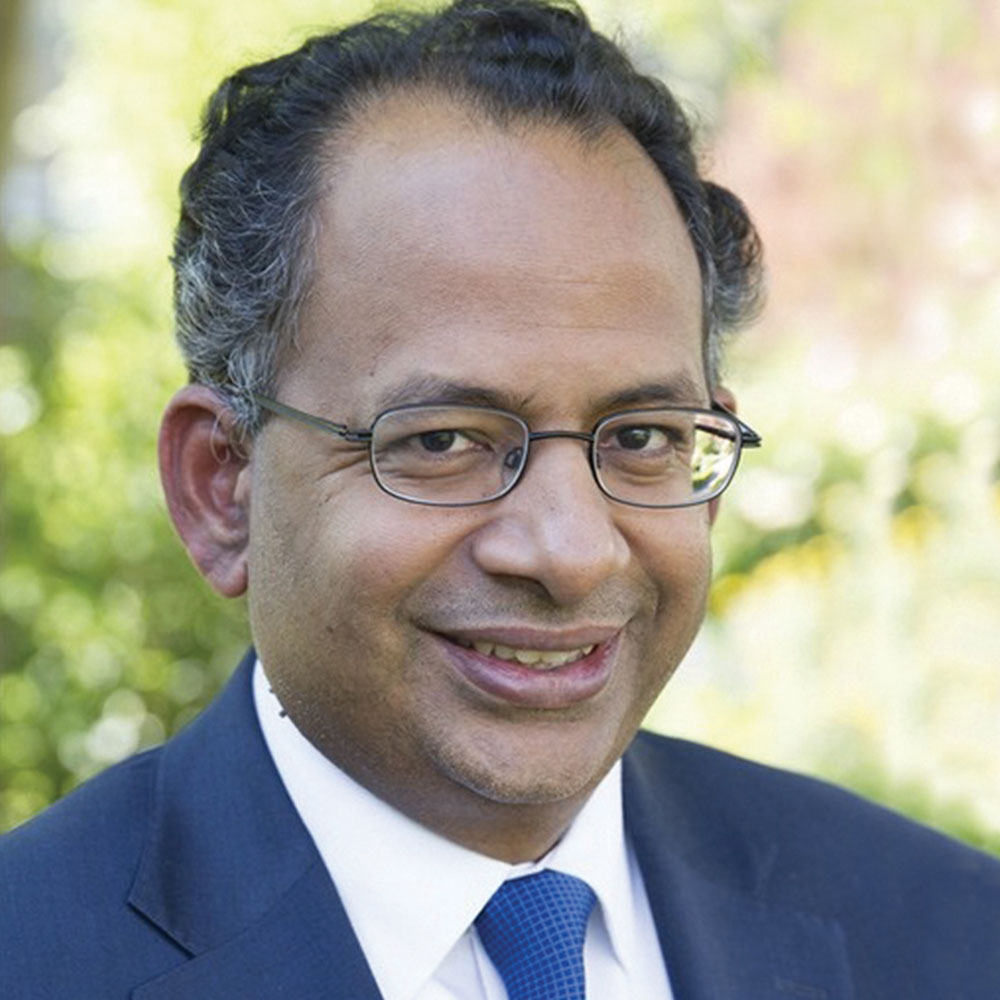 Professor Rama Thirunamachandran is the academic lead and chief executive of Canterbury Christ Church University. He joined the University in October 2013 and has led the institution forward in a number of areas including the development and implementation of the University’s Strategic Framework 2015 – 2020, the acquisition of the former Prison site in Canterbury and the development of the Estates Master Plan, and the establishment of a School of Engineering, Technology and Design and School of Medicine.

In addition, Rama was Chair of the Higher Education Academy between 2015 and 2018 and was also a UCAS Board member between 2010 and 2013. Rama has been a member of the Universities UK Board since 2017. He became a Non-Executive Director of the Medway NHS Foundation Trust and Chair of MillionPlus, the Association for Modern Universities in January 2020.

Prior to this, Rama was Deputy Vice-Chancellor and Provost of Keele University for five years with overall responsibility for Keele’s academic activities. At Keele he was also responsible for its strategic and operational leadership for academic planning, budgeting, and delivery of teaching, research and enterprise, with specific responsibility for leading the University’s Internationalisation Strategy.

From 2002, Rama Thirunamachandran was Director for Research, Innovation and Skills at the Higher Education Funding Council for England (HEFCE) with overall responsibility for the strategic direction of HEFCE’s research, knowledge transfer, and employer engagement and skills policies, with an annual budgetary responsibility of £1.5 billion. His responsibilities included oversight of the operation of the Research Assessment Exercise and the development of the Research Excellence Framework.

Educated at Cambridge University in Geography and Natural Sciences, he worked on a United Nations Development Programme project on the effects of flooding in Bangladesh. His current interests are in higher education and public policy and he is also a Fellow of the Royal Geographical Society. He was appointed a Deputy Lieutenant of Kent in November 2020.