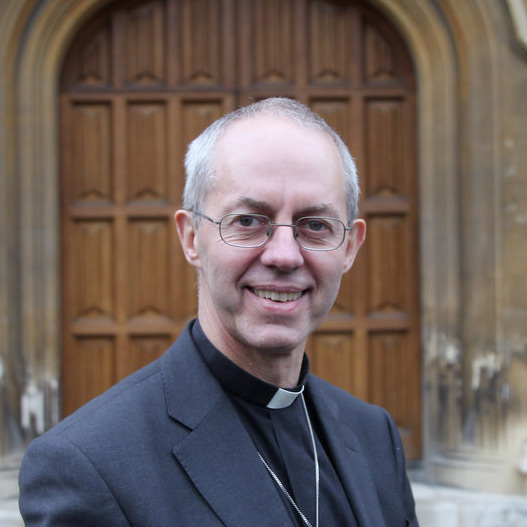 Canterbury Christ Church University’s Chancellor is the Archbishop of Canterbury, the Most Reverend and Right Honourable Justin Welby.

The Most Reverend Justin Welby was educated at Eton College and Trinity College, Cambridge, where he studied history and law. For 11 years - five in Paris and six in London – he worked in the oil industry, becoming group treasurer of a large British exploration and production company. During this period he became a lay leader at Holy Trinity, Brompton in London, having been a council member at St Michael’s Church in Paris.

He took a theology degree at St John’s College, Durham, in which he focused on ethics – particularly in business. He has since published articles on ethics, international finance and reconciliation. His booklet, ‘Can Companies Sin?’, drawing on his experience in the oil industry, evolved from his dissertation at theological college. For 20 years, his ministry has blended deep devotion to his parish communities with Church work around the world, especially in areas of conflict.

In 2002, he was made a Canon of Coventry Cathedral. He worked extensively in the field in Africa and the Middle East and has a particular interest in Kenya, the DRC and Nigeria, where he was and remains involved in work with groups involved in conflict in the north. In the Niger Delta, he has worked on reconciliation with armed groups. He met with religious and political leaders in Israel and Palestine, and on one trip to Baghdad reopened the Anglican Church shortly after the allied invasion. In 2006 he also took responsibility for Holy Trinity Coventry, the main city centre church, as Priest-in-charge.

He left Coventry five years later, being installed Dean of Liverpool. Liverpool Cathedral is the largest cathedral in England. During his deanship, he brought the Cathedral into much greater contact with its local community, working with asylum seekers and in partnership with neighbouring churches. The Cathedral also hosted events from a TUC rally to royal services. Over his four years, during which he also continued to work on reconciliation and mediation projects overseas, the Cathedral’s congregation increased significantly.

In 2011, he returned to the place where his journey towards becoming Archbishop began: on 2 June 2011, he was announced as the new Bishop of Durham.

An expert on the politics and history of Kenya and Nigeria, he has lectured on reconciliation at the US State Department. In the summer of 2012, he was asked to join the Parliamentary Commission on Banking Standards.

On 9 November 2012, Justin Welby was announced as the 105th Archbishop of the See of Canterbury. He officially became Archbishop on 4 February 2013, succeeding Dr Rowan Williams who retired at the end of December 2012.